Bellia worked on the furniture and floorplan for the The Philadelphia Convention & Visitors Bureau relocation project.  The Philadelphia Convention & Visitors Bureau is the official Tourism Promotion Agency for the City of Philadelphia, and the primary sales and marketing agency for the Pennsylvania Convention Center. This private non-profit membership corporation creates jobs throughout the city by bringing meetings, conferences and travelers to Philadelphia. When it came time to relocate their building, they were hoping to achieve an inviting, modern, and fun space, just like the City of Philadelphia. It was also important that their workspace reflect the cutting-edge, collaborative culture of their team. Working with NELSON, Bellia renovated and redesigned PHLCVB’s outdated floor plan transforming it into a bright, open space to create a transparent and flexible work environment with a sleek, contemporary design.

When you enter the lobby of the Philadelphia Convention and Visitors Bureau, you instantly see why Philadelphia is a popular destination. With bright, cutting edge designs PHLCVB reflects the city’s trendy atmosphere.

Creating a transparent and flexible work environment with a sleek, contemporary design, Bellia and NELSON renovated and redesigned an outdated floor plan, transforming it into a bright, open space that encourages collaboration. 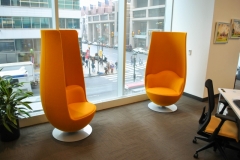 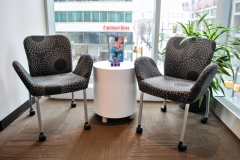 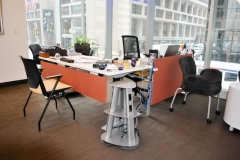 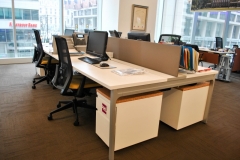 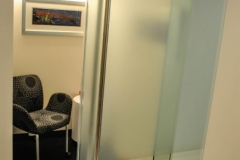 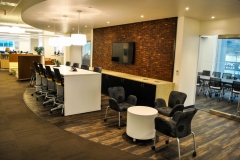 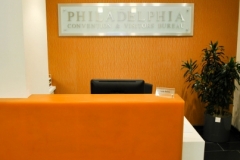 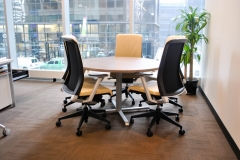